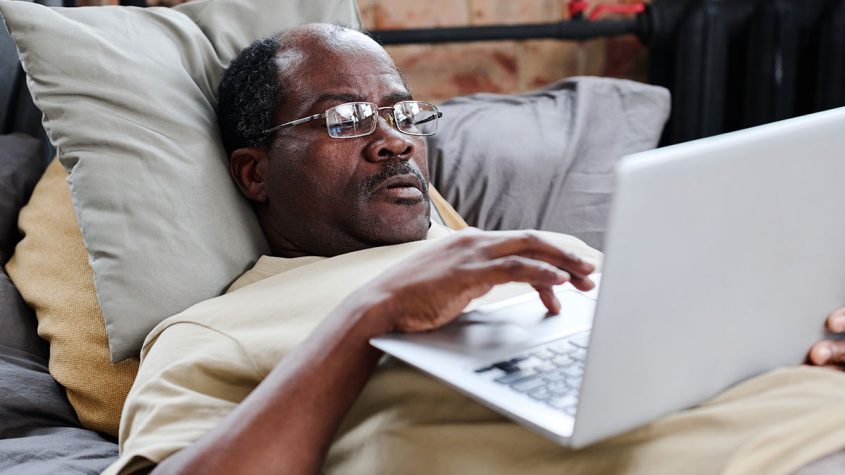 At the centre of the litigation

He attended the proceedings from his hospital bed by videoconference using a mobile phone.

Clint is a sixty-four-year-old man from Jamaica who speaks English. Nine months prior to the hearing, he was seemingly strong, active, could walk and even helped friends. He was a professional cook able to prepare meals for hundreds of people at a time. He is also the father of six children, two of whom live in Montreal. He used to live in a third-floor walk-up apartment. In the winter of 2022, he was diagnosed with a severe neuroinflammatory condition. This disorder predominantly targets the optic nerves and the spinal cord. After a short stay in a rehabilitation centre, he was discharged to the MUHC.

He will likely never walk again.

The MUHC was asking the court for the authorization of the forced lodging of Clint for a duration of three years:

Transfer and placement [of the defendant to] a structured and supervised living environment recommended by the McGill University Health Centre (MUHC) Social Services and designated by the Mécanisme d’accès à l’hébergement, which will answer the [defendant’s] needs and offer him a setting that his state of health requires, such as [a long-term care facility] CHSLD.

At the outset, the following legal principles apply, as the courts have repeatedly stated:

There was also no categorical refusal to being lodged. As the court stated in opening its judgement:

“The word “categorical” means unambiguously explicit and direct, and the word “refusal” signifies an act or an instance of refusing – expressing an unwillingness to accept, turning down something or not permitting someone to do something. Categorically refusing care, or in French, soin, is the act of unambiguously and equivocally saying “no” to a care, of the type that is sought in this case.”

The court is bound to hear the person and respect that person’s refusal, unless it is care required for their state of health.

The court heard the parties for almost three hours. Three experts testified for the MUHC arguing Clint was incapable of consenting to care and categorically refusing care. Clint testified that he understood everything, was not refusing care, but was not prepared to accept moving into a long-term care facility without better understanding and being told what to expect in the future.

The court noted the psychiatrist’s conclusion “there is no evidence of a major neurocognitive disorder.” It also noted that the experts insisted on the fact that Clint thinks “he will walk again.” From their perspective, this fact supported the proof of his inability to understand the nature of his illness. However, this argument did not convince the court:

But fortunately, hoping and believing, are values that no one may take away from a person. In the case of [Clint], a person who was functioning and walking until less than a year ago, and who is now bedridden and waiting to be transferred to a long-term care facility, hope is among the things that may be beneficial to him.” [our emphasis]

The court questioned: “Are concerns and anxiety about one’s future after having been totally bedridden indications of lack of competence or inaptitude and categorical refusal?”

Clint’s difficulties in fully and completely expressing his views and wishes from a distance did not deprive him of being able to appreciate what was going on around him and his thoughts about the care required for him. More than once, he clearly indicated that he was ready and willing to go to the Jewish Eldercare Centre and that, if a bed was not available, he would be willing to go to Father Dowd Residential Centre.

Clint wanted to be heard by the court and have the opportunity to explain his situation to the court before being forced to do anything.

“Again, desiring to benefit from an opportunity to be heard is not a sign of inaptitude or categorical refusal in the case of an inaptitude.”

The court came to the conclusion Clint was capable of giving consent and was not categorically refusing care. What Clint was not willing to do, was to accept to enter into a long-term arrangement regarding his care without the benefit of any further details or assurances.

The outcome of Clint’s case is exemplary in many ways. First, the court pays close attention to the wishes Clint expressed; his ultimate goal to be heard by the court.

Second, the court gives equal weight to Clint’s viewpoint as it does to the opinions of medical professionals. The court was not influenced by the imbalance in the number of witnesses, or by the level and degree of expertise. Its role is to assess two major elements: understanding the judicial request (lodging) and the existence of a categorical refusal. Both criteria determine whether or not the court can go further in assessing the benefit and necessity of the care being sought.

Next, the court commented philosophically on its assessment of the experts’ opinion by showing respect to what Clint was left with: “hope”. Fortunately for Clint and members of the legal community, judges sometimes illustrate respect for patients’ dignity in their judgments.

Lastly, the court supplemented its judgement with references to the MUHC’s unsolicited submissions sent by email after the hearing. The MUHC’s argument was the necessity for lodging Clint: : “under the Act Respecting Health Services and Social Services, a patient’s right to free choice is not absolute. This right must be balanced with the best interests of the patient and the imperatives of the public health and social services sector.”

As the court stated,

“An application for an authorization for care is not an appropriate vehicle for the court to address a hospital’s challenges in “vacating beds of no longer medically active cases.”

No matter the state of health care in a free and democratic society, hospital beds cannot be freed at the cost of inviolable civil and personal rights.”

Clint’s story is one of many. Fortunately, the outcome and the court decision has brought a solid contribution to the fact that “in the face of doubt concerning a person’s fundamental rights and liberties, the benefit must enrich the person.”

All blogs and articles are published in French.